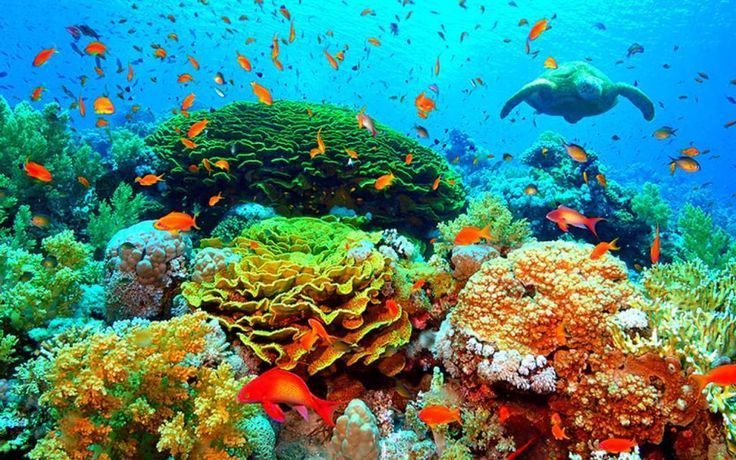 I am sure everyone has always wondered if their sun screen is actually safe for them to use. For something to protect you from something as powerful as UV rays from the sun, it must come with its own set of risks. What most of society didn’t consider was how a product like sun screen could be so damaging to the ocean and its inhabitants.  This is why Hawaii has become the first state to put their foot down and ban the chemicals that have been directly linked to harming and killing the coral in their ocean: octinoxate and oxybenzone.

Oxybenzone is the primary culprit when it comes to damaging the colorful, living rocks. Not only is it very clear that it is killing coral but also mutating its DNA which can lead to infertility. One of the biggest issues is that the holes where coral release their seeds so they can reproduce often get clogged from the negative effects of this chemical. Once these pathways are closed off, the coral can no longer reproduce and it will even have trouble taking in new food. This starves the coral and leaves nothing but a skeleton behind since the seeds remain trapped inside until they wither away after death. What is clogging these vital pathways though if the oxybenzone is merely poisoning and altering the DNA of the coral?

This is where octinoxate comes in. This chemical when taken in by the coral creates “bleaching”. This is a process where the coral begins dumping all of its stored food and nutrients out from its openings. It is a similar process to when we throw up to remove whatever may be causing us to become ill. It is meant to be a way of purging it’s system, but with a constant supply of octinoxate, it has no chance to ever store food and nutrients. Instead, it just continues trying to flush its system of a toxin it has no chance of fighting off.

With this ban, it makes the statement that we care about what we put in our oceans and waters and that we don’t want to see sea life that we love disappear. An even better question to ask ourselves is that if this is what is happening to coral in the sea, then what is happening to us as we rub that same poison into our skins? A great way to avoid being poisoned by these chemicals is by searching for a mineral based sun-screen, just always check the label to make sure that what you are buying is safe for you and for the ocean!